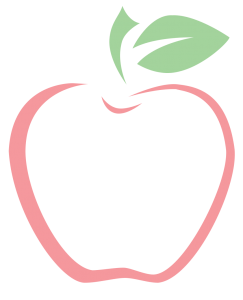 When you eat well, you live well. Dietitians are qualified health practitioners who specialise in diet and nutrition (dietetics). Their services can assist you in overcoming health barriers that may make it hard for you to reach your optimal health alone. A dietitian can help you:

Book an initial consult with our Dietitian to discuss your needs. Health fund rebates and bulk-billing are available. Terms and conditions apply*.

Are you looking for a dietitian that can assist you or your client under the National Disability Insurance Scheme (NDIS)?

We can help! As an approved NDIA provider, our dietitian can offer assistance to agency, plan and self-managed NDIS participants under the following support categories:

Email [email protected] for more information or to arrange an NDIS contract.

Our Dietitian is a registered provider with the Department of Veterans Affairs (DVA). DVA Gold card holders are entitled to bulk-billed dietitian consultations.
If you are an eligible DVA Gold Card holder, please see your GP prior to your consult to receive a DVA referral form. Home visits can also be arranged if required.

Although we see many clients through referrals from their doctor, a referral is not essential . You can book a consult without one. However, some rebates may be different without a referral.
Generally, most of our clients are entitled to either a Medicare, NDIS, Department of Veterans Affairs (DVA) or Private Health Fund rebate. Conditions that apply are:

Cancellations: A full consult fee is payable if you do not show up for your appointment or cancel within 24 hours. 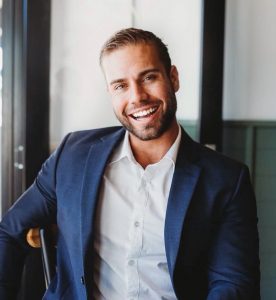 Chris is passionate about supporting and empowering clients to achieve their health-related goals. Since graduating with a Bachelor of Nutrition and Dietetics from the Queensland University of Technology, Chris has obtained experience across a variety of sectors including aged care facilities, NDIS, Australian Defence Force, professional sporting clubs, private practice and hospitals.
Chris applies a patient-centred approach to enable clients to overcome their health barriers and facilitate diet and lifestyle independence. His special interests include:

Many people want to know how to lose weight.

It’s a common goal for many difference reasons, including losing pregnancy weight postpartum, managing health conditions, reducing health risks or fostering greater self-confidence and energy. But finding the right information can be difficult.
For accurate and evidence based advice that is best suited to your circumstances, speaking to a qualified health provider is recommended. An accredited practising dietitian (APD) can help you make the right changes to your diet and lifestyle to help you lose weight and eat healthier foods. They are also there to support you through your journey, so you can maintain a healthy weight with sustainable changes and not fad diets that do more harm than good.
Our dietitian can help you with:

Eating disorder symptoms or behaviours include:

These behaviours are often accompanied by psychological symptoms such as negative self talk, the compulsion to “punish” oneself, obsession and shame. However, a person with an eating disorder will likely refuse to acknowledge these symptoms and deny the existence of a disorder, so they can be hard to identify in the early stages.
Fortunately, it is possible to recover from an eating disorder when treatment and support is accessed. With the help of a General Practitioner, a Dietitian and a Psychologist the mental health, physiological health and nutrition of a patient can be accessed, supported and improved. The earlier help is gained, the better. As health complications can arise from the physical impact of eating disorder.
If you believe you or someone you know has an eating disorder, discussing it with a qualified health practitioner can help shed light on the situation. If you or your loved one is uncomfortable speaking to a doctor, then a Dietitian may be able to help you begin the recovery process. The key is to seek advice and information as soon as you can so you can make informed decisions.
Learn more about eating disorders at Eating Disorders Queensland

What do I do if I think a friend/family member has an eating disorder?

Because eating disorders are associated with mental health conditions, your friend/family member may be feeling very self-conscious or ashamed of the condition, if they even recognise it as an eating disorder. Many people will refuse to acknowledge the condition altogether. So this can make it very difficult to convince them to seek help. If your friend/family member is denying that anything is wrong with them, then using a different approach may help.

Doctors are often associated with something being wrong, but a Dietitian is often seen as someone who helps you lose weight or eat better. So you may be able to guide your loved one into seeing a Dietitian on that grounds. With knowledge and experience in eating disorders, they can help you try to facilitate the recovery process.
Learn more about eating disorders at Eating Disorders Queensland.

What is a healthy weight for me?

A healthy weight range is determined by several factors including height, body type, and pre-existing conditions like eating disorders, diabetes, thyroid conditions or pregnancy. So healthy weight ranges are different for each person.
A healthy weight for your friend, may not be a healthy weight for you.
It is also common for there to be a significant difference between what you want to weigh and what you should weigh. Or how fast you want your weight to change, compared to how fast it should change. Your dietitian can help you set healthy and realistic goals. So you can avoid the negative health risks associated with extreme weight fluctuations and unhealthy weights. Book an initial Dietetic consult and receive a customised weight loss plan to help you reach your goals.
Book Consult

How much should I be eating?

Portion sizes and calorie counts are not universal – differences in age, gender and activity level all have an impact on how much an individual should eat. Using inappropriate portion sizes and calorie counts or irregular dieting and fasting can be harmful. Make sure any advice you take is based on your specific circumstances. Or you could be eating the wrong amount for what you need.
Book an initial Dietetic consult to receive customised portion and nutrition plans to suit your lifestyle.
Book Consult

Do I have food related allergies/sensitivities?

If you notice discomfort after eating (such as a tingling/itch in the mouth, bloating, nausea, diarrhoea, dizziness, rapid heartbeat or a skin rash or redness), it could be the result of a food allergy or intolerance.

Both food allergies and food intolerance can develop later life. Bringing with them symptoms you may not be familiar with. The key deference between a food allergy and a food intolerance is the reaction itself. Food allergies cause an immune system reaction that will affect more than just your ‘gut,’ such as the skin . They can be or become very severe and even life-threatening. On the other hand, food intolerance or sensitivities will generally be limited to digestive issues like bloating, cramping and diarrhoea. If you have a recurring discomfort during or after eating speak to a GP or Dietitian to shed some light what may be causing the problem. 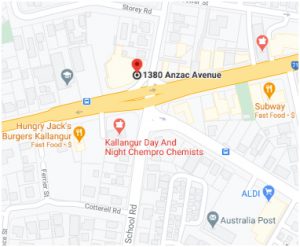 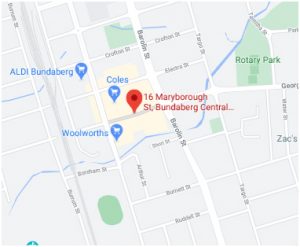